An old adage says that “history is written by the victors” but what of an unwritten, hidden history?  Who writes that? Many different people, appears to be the answer.  Proof is in the gathering this week of many, different people at a place called the Massacre River, which serves as the border between Haiti and the Dominican Republic on the Caribbean island traditionally known as Quisqueya since before Columbus landed there in the late 15th century.  That piece of history is commonly known to even the youngest of children but that is not what is brought those many different people to the towns of Quanaminthe, Haiti and Dajabon, Dominican Republic last week. 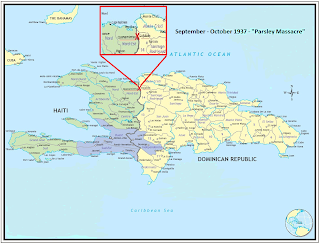 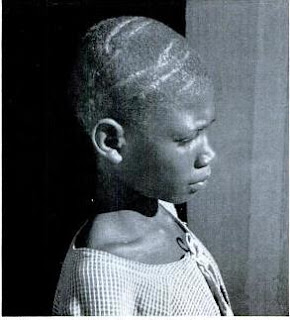 The group, converged there under the umbrella of “Border of Lights,” making the pilgrimage to the river to mark the 75th anniversary of one of the worst acts of genocide in the history of the Western Hemisphere.   Over the course of a few bloody, harrowing days in early October 1937, tens of thousands of innocent people – men, women, children, elders – were slaughtered under the order of the dictator of the Dominican Republic at that time, Rafael Trujillo.   All of the victims had one thing in common:  they were targeted as part of a systematic campaign to eliminate Haitians from the Dominican Republic, even if that meant butchering Dominicans who were either of Haitian descent or merely “looked” Haitian enough to the bands of murderers rounding up helpless victims.

Jan Mapou, owner of the Mapou Bookstore in Little Haiti and local radio host, says that the massacre is also known as the Parsley Massacre because soldiers would summon would-be victims with a sprig of parsley in one hand and a machete, bayonet, or long knife in the other.  If a person questioned could not properly pronounce the Spanish word for parsley (perejil), his or her “guilt” as a Haitian was therefore immediately proven and the sentence of death was quickly executed, often via beheading.   Known in Kreyol as kout kouto-a, or the cutting, approximately 20,000 people were killed in little more than five days, says Mapou, who dedicated his weekly radio show on RadioMega recently to the discussion of this event with local historian, Dr. Jean-Claude Exulien. 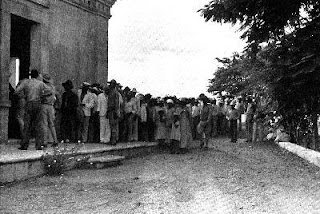 The response to the radio show was overwhelming especially from “younger Haitians who had no clue that this even happened,” says Mapou.   The discussion carried over from the studios over to his shop in Little Haiti.  “One man who was listening,” says Mapou, “told us that he was born on the border because his mother was literally running for her life while she was pregnant with him.” 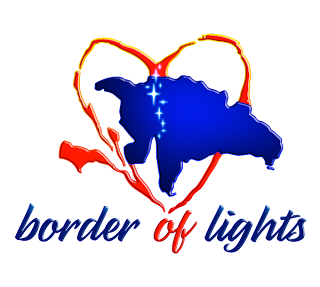 The Border of Lights movement is built upon a broad base of grassroots activism, says Dr. Ed Paulino, a history professor at the City University of New York.  This is evident by the active planning and participation of Haitians, Dominicans, African-Americans and many others in Haiti, the Dominican Republic, the United States and beyond.    One such person is Sady I. Diaz, a public relations specialist for the City of Sunrise and a Dominican-American.   “This is important to me because I am them,” says Diaz who grew up in a home that embraced its diverse heritage of African and European roots.  “Had I been living then, that could have been me, it could’ve been someone in my family.” 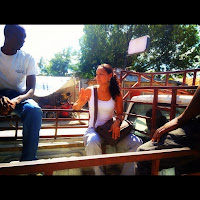 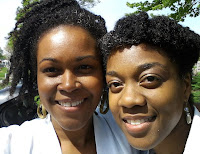 (photographs of Diaz, left, and Dotson, center, and Beard, right, courtesy of BOL)

The determination and motivation to bring more attention to this atrocity via what Diaz calls “education, experience, and exposure” is shared by Mapou, Paulino, and a pair of courageous sisters from – of all places – Kokomo, Indiana.   Rana Dotson and DeAndra Beard, co-founders of the non-profit Organization of Dominican Haitian Cooperation (OCDH), see undeniable connections between the Parsley Massacre and the migrant workers they grew up with in the cornfields near their childhood home, and their family members who lived as sharecroppers in Arkansas.    “It is an instant connection for us,” says Dotson, a connection that Beard, an educator, says is a “shared experience.”  For them, the fact that they are African-American heightens their sense of duty to “build awareness about … these people that were forgotten,” says Dotson.  A public policy expert, Dotson says that, as Blacks in the United States, “we have the responsibility as a people to look outside and see our global community connected by history.” 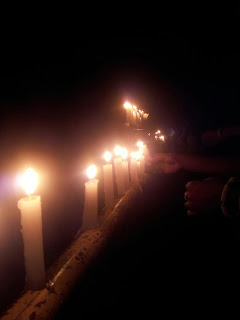