Four years ago, the election of Barack Obama as the first Black president of the United States was hailed a groundbreaking moment in history.  What many people were not aware of, however, was that he was not the only African-American running for the highest office in the land in 2008.  Former Congressperson Cynthia McKinney ran against Obama and the Republican nominee John McCain as the Green Party candidate that year.

This year, there are three Black candidates for President of the United States that voters in Miami-Dade County will see on their ballots in a few weeks.  President Obama, of course, is one but who are the others and what are their campaigns all about?
Peta Lindsay is the Party for Socialism and Liberation’s nominee and Stewart Alexander is the Socialist Party USA’s candidate.   There are similarities and there are differences between the two candidates. 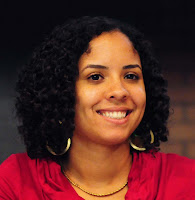 Both were born back east but eventually settled in California.   One is in his early 60’s and the other is in her late 20’s. And both are socialists who see little difference between the choices offered by the Democrats and Republicans.  “I don’t see any fundamental difference between the two parties,” said Alexander.  “We stand very left of the democratic party…they don’t truly represent the working class people.”

“We live in a democracy for the rich,” said Lindsay whose platform has a different take on the oft-repeated issue of job creation. “Our campaign’s number one point is to make having a job a constitutional right.”  Her campaign also calls from immediate cancellation of student debts.

For both candidates, race is an issue that cannot be ignored.  “You are living in a fantasyland if you don’t think that racism exists,” said Lindsay.  The impact of racism, said, Stewart must be taken into account. “You need to have people that understand this.”

An understanding of this deeply-entrenched institutionalized racism affects what Stewart calls “proportional representation,” who wants to, if elected, “make certain that economically depressed communities will be represented fairly.”

With billions of dollars being spent by both the Republican and Democratic parties for just the presidential campaigns, and both Lindsay and Stewart having very limited financial support (Stewart said that his campaign has raised a total of approximately $10,000), does either nominee see themselves as a serious candidate?    Both earnestly regard their respective candidacies as serious ones.   “I am serious in the respect that if I were in the Oval Office I could do the job,” said Stewart.  “I am seriously addressing the issues.”

For Lindsay, who draws motivation from the fact that “African-Americans have historically been at the forefront of the struggle” for democracy in this country, the question takes on an added dimension.  The U.S. Constitution currently requires that a person must be at least 35 years old to be president but she has not yet reached 30.  “Less than one hundred years ago, it was illegal for women to even vote and before that no Black person could vote,” said Lindsay who, like Stewart, is committed to focusing more on the issues than the odds against them winning in November.

urlink
Posted by Veguero Viajero at 6:00 AM